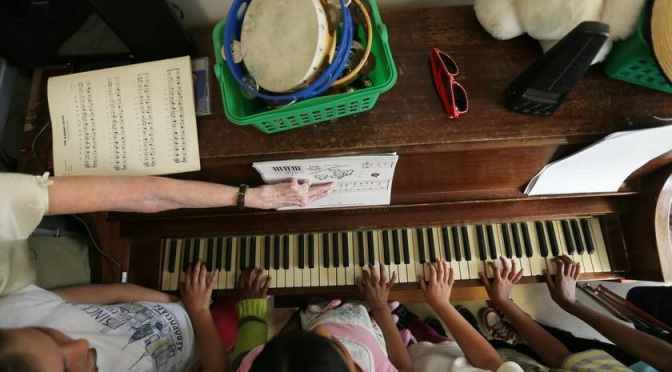 Click here for a report on the benefits of piano study.

I just returned from the  Ohio University (Athens) Pedagogy Workshop.  It was inspirational, transforming and FUN!   Better than a vacation in every way, but now my To Do list is twice as long as it was before I left.

There were many, many workshops from which to choose in other places (Chicago, Toronto, Norway).  This one called to me because:

The sessions were all practical  (I love practical).  Every speaker was tuned into teaching in the real world (which includes soccer games, too many other activities, and the “most kids don’t like Bach” syndrome).   It’s my hope that if we keep students engaged in piano, someday maybe they’ll actually like Bach.  And if not, at least maybe they’ll still be playing the piano and listening to great music!

Although most of the audience consisted of classical music teachers, the workshops and seminars were about thinking outside the box, using pop and jazz pieces and breathing new life into lessons.   People came from as far as New York and Nebraska to delve into these new ideas.

One of the highlights of the weekend was a masterclass with Christopher Norton and a Pop Showcase Recital with 10 students accompanied by a live rhythm band.  Three of my students performed (the 4th was in France)  and had a wonderful time!  All of the student performances were vibrant, and everyone left with new ideas for practicing, making music and teaching.